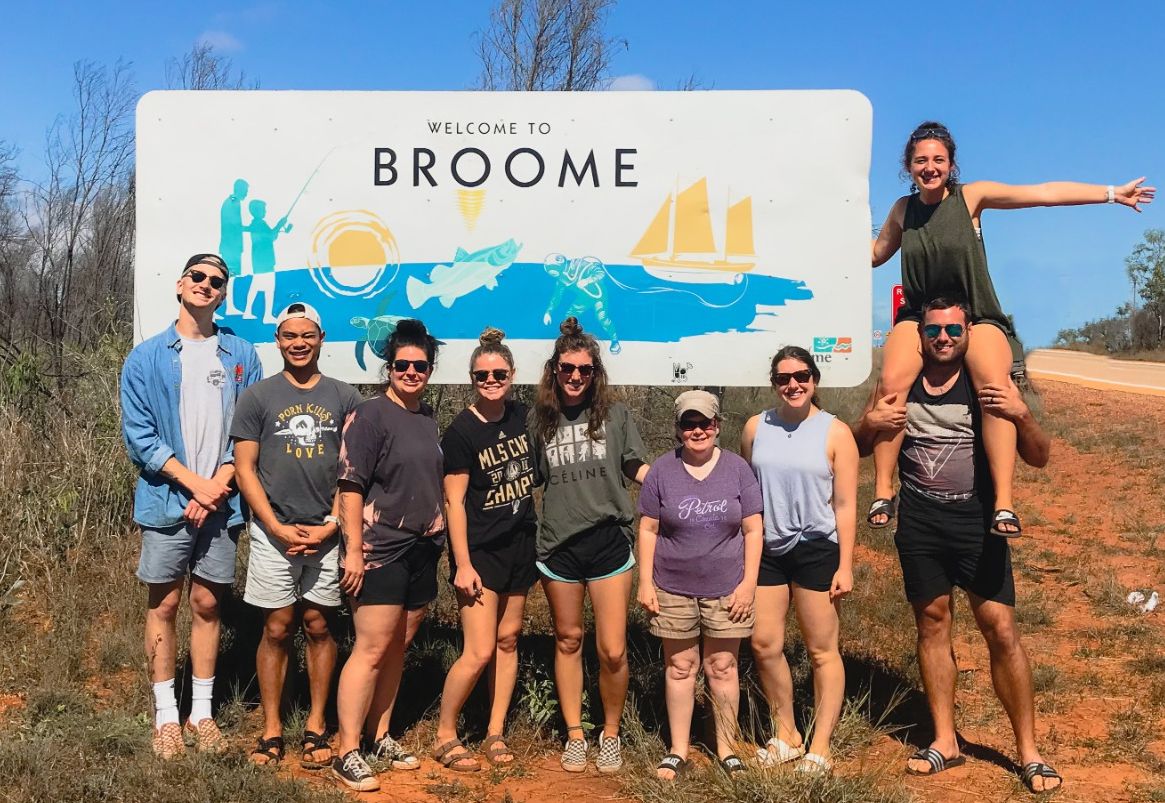 A Permanent Presence in the Kimberley

On September 15, 2020, a team of ten - with seven others to come - launched out from Perth to Broome, Western Australia. They were so excited that God called them to the Kimberley, the northwestern region of Australia.

For many years now, YWAM Perth has served in the Kimberly region. It is a beautiful, rugged area of WA, marked with remote communities, many of which unfortunately lack access to needed support. We have reached out by sending teams, building many relationships and working closely with the local Aboriginal elders. Our engagement has included sports ministry, youth ministry, filmmaking, community development and health care. It is exciting to now establish a permanent presence to be able to continue to invest in this region.

Our “hope is to see the people of the Kimberley, no matter what race, come into the identity that Christ has given them,” shared Heather Kuhl, the leader of YWAM Broome team.

The YWAM Broome team’s goal is to engage with and understand what the community believes their needs are. The team intends to integrate with their community and to reach out intentionally so others may encounter God, and experience His character and nature. YWAM Broome will spend time working with churches, schools, youth drop-in centres and the nearby detention centre. The team has observed that doors are opened through relationship in the Kimberley, so connecting with local elders and building relationship and trust is key. They are grateful that opportunities to create partnerships with people in the local community and organisations have already arisen, including an organisation which provides food for at-risk children.

In the future, YWAM Broome aims to develop and offer YWAM training course and  become a place to host other outreach teams. Heather most adamantly invites others to “Come! Come!”

Since the team has moved to Broome, several teams from YWAM Perth have already come alongside to help their pioneering efforts. Heather shared about how God opened hearts as the team was joined by Worship For the Nations (WFN).

“We were out with WFN spiritual mapping and on a street corner an intoxicated young man approached our group. We started chatting and instantly we started talking about Jesus. He shared his fear of hell and how he believed Jesus couldn’t forgive him. We shared the gospel and the truth of forgiveness and relationship with God. He gave his life to the Lord on that very street corner”

The team also met a local woman as they worshipped. “She walked by as we were worshiping with WFN in one of the key locations [in Broome]. She walked past and turned around and came back and started to talk to Grace. Through conversation and Grace (YWAM Broome staff) sharing, she repented from her sin and rededicated her life to the Lord. Grace is planning a follow up and has invited her to church.”

Have feedback or want to connect? Email us at info@ywamperth.org.au