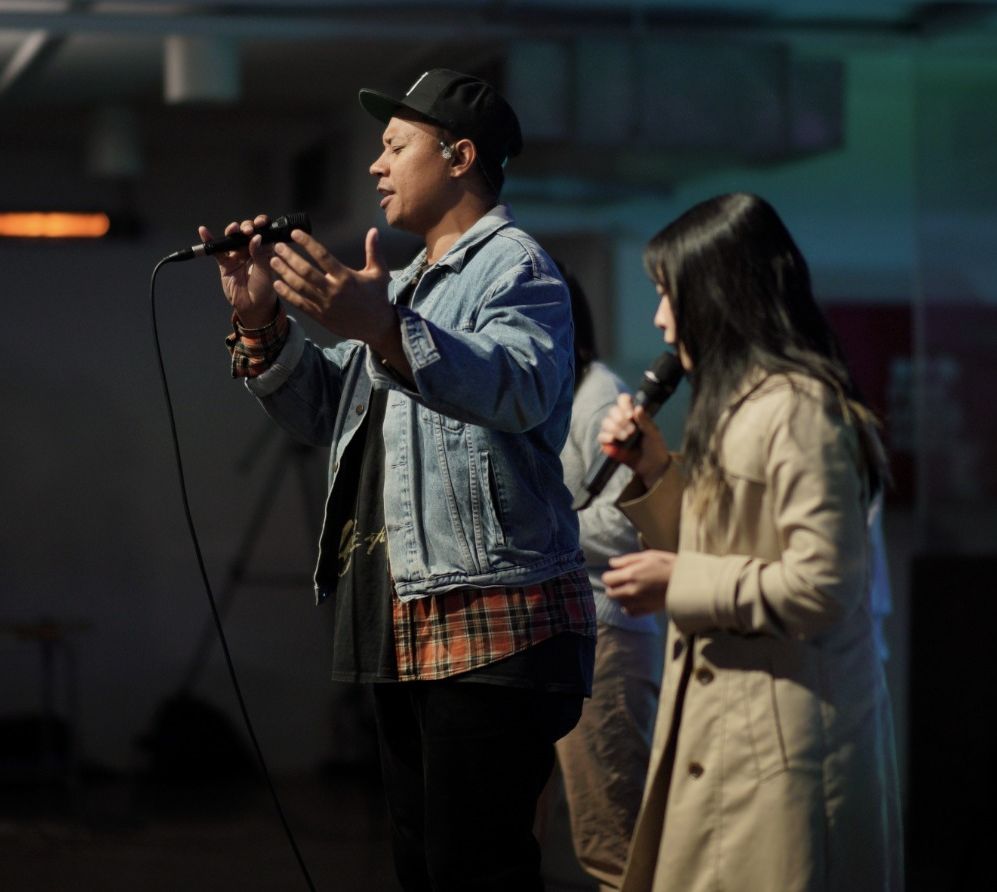 As YWAM Perth, we long to see young people mobilised in the the call of God, fuelled by a deep connection Him. One of the ways this is expressed is through our Humility & Hunger (H&H) Ministry. It is one of many YWAM Perth ministries whose focus has remained the same, but whose outreach efforts have pivoted during 2020.

Humility & Hunger endeavours to encourage and propel young people into missions and their role in the Great Commission. Along with this, is the call of the nations to engage in personal worship and complete obedience to God’s purposes. Through songwriting and recording original music, H&H aims to connect with and inspire this generation.

“Our plans are to write worship songs that will carry the mission heart of God, and the other side is to use the music [as an influential tool in ministry]…”, says Chaneniah Magele, leader of the H&H band. These songs are full of themes central to us as YWAM. Conference-style gatherings overseas are one way in which the ministry shares these songs. YWAM Perth also usually offers a DTS with a specific Humility & Hunger focus.

At the beginning of 2020, before COVID travel restrictions, the H&H DTS went on outreach to Indonesia, the Philippines, Canada and the United States.

In particular, God was seen vividly through a meeting in Manila. Before the DTS had  gone on outreach, one student felt God was going to let her share about God’s freedom in her life—which would then impact several other lives. During four events at a local high school, H&H would begin with a testimony, then share the gospel, followed by a skit and concluding with prayer.

The DTS student felt this was the time to share about the freedom God had given her and how He wants to give it to others. Each session, the girl stood up to explain her past struggles with anxiety and fear and how God brought her freedom. Each time she gave her testimony, the girl would invite them “to start (their) journey to find freedom today”. The young people at the gatherings responded with vulnerable openness. Katie Neises, one of the DTS staff, said there were hundreds of young people each session who prayed a prayer of salvation. “God was speaking incredibly to us—for us to tell the students that they were not alone… that Jesus loves them, He is for them, and He is working to change their circumstances”.

As nations began grappling with the spread of COVID-19, international conferences and travel were no longer possible. For H&H, however, their vision has remained the same, but the methods and delivery changed.

For the staff of this ministry, their usual life is filled with writing and recording music. During the lockdown in Western Australia, they were still able to carry that out, but now virtually. So they used the time as an opportunity to create and be productive. In May and June, as restrictions began lifting in WA, they were able to meet and practice songs together again.

In July, the “Online Gatherings 2020” were held. For four weeks, H&H hosted these virtual conferences as times of worship, message and prayer. Each week focused on one of the following countries: Indonesia, South Korea, North America and Australia. Each gathering was filled with awe, adamant fellowship with God and a pleading for His presence in parts of the world.

Abigail Michele, who is part of the ministry, shared, “When we did the online gathering for Indonesia, a friend of mine sent a picture of her friend's social media saying that she was very blessed by the gathering and it reminded her to live a life for a heavenly purpose and it inspired her to pray and talk things out with her partner of how she could apply it to her workplace.”

So even though the team is not currently able to host gatherings in person, they can bring their gatherings and their music to people wherever they are. Their music can be found online at humilityandhunger.com

Have feedback or want to connect? Email us at info@ywamperth.org.au